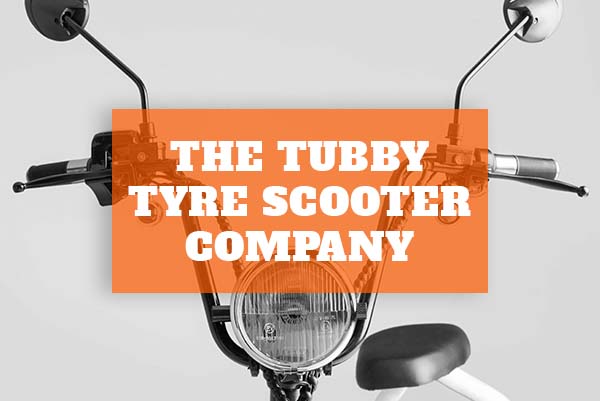 We love helping businesses create eye-catching photography and video to help communicate their products and services to their audience. It’s an added bonus when the company is as fun as the Tubby Tyre Scooter Company. Steve from Tubby Tyre approached us a few months ago to talk about creating a marketing campaign to support the launch of his eco-friendly, road legal, electric scooters. And yes, we did get to have a go on them. And yes, they’re as fun as they look! 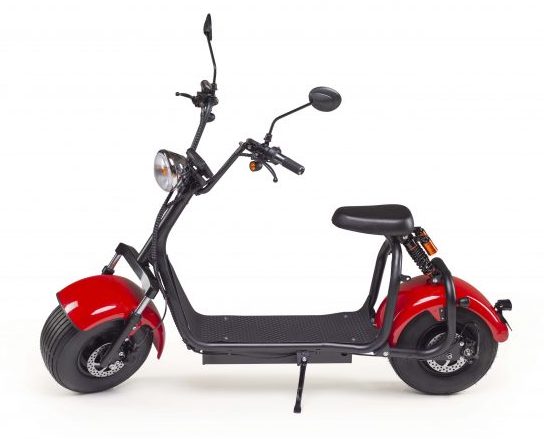 Now that we’ve wrapped on the project, here’s a look back at what we did.

Every project starts with a good concept. Steve needed white background product photography for his website, but he also wanted a creative campaign to help launch his product range. This gave us the opportunity to flex our creative muscles.

The Tubby Tyre Scooter Company is a fun brand. The scooters are are vibrant. They’re sleek, modern, and eco-friendly, and they’re great both in the city and off-road. Brands with similar products use fairly matter-of-fact, serious voices, but the Tubby Tyre Scooter Company isn’t that kind of brand. That’s a lot to fit into a single campaign on a modest budget. Working with Steve, we established four key product USPs the campaign needed to highlight:

The campaign style itself would highlight the fun, vibrant nature of the scooter and brand. With all of this in mind, we created a series of highly stylised concepts to show to Steve. They ranged from using life-like props to recreate outdoor scenes, to creating a range of 2D, cartoon-style cardboard cutouts. Steve liked two of the concepts in particular, so we agreed on a concept using elements of both:

The shoot would produce four videos featuring 2D cartoon props. Both the props and the camera would be moving. The scooter would be stationary. We’d shoot four scenes, one for each USP.

With this highly-stylised concept, we could accomplish a lot without going overboard on the budget.

We considered a few different manufacturers and materials for our Tubby Tyre Scooter Company props. In the end, we went with 10mm foamboard from Studio One (huge thanks to CMEX for their help too). This was slightly more expensive than a foamex solution, but came with increased rigidity and decreased weight. It was important to keep the props both rigid and lightweight, as this meant we could move them easily on set without them snapping.

We visited the prop maker during production to check we were happy with the rigidity, weight, and quality of the finished props. A week later, we were in the studio. 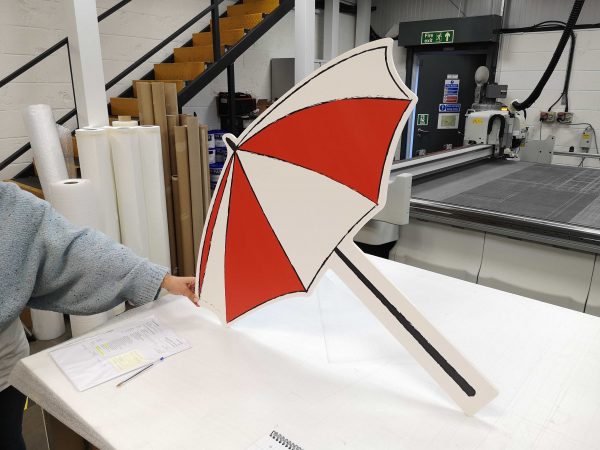 The Shoot – Day One – Product Photography

As our own studio space was still under construction, we chose to use the large, open space at Natural Light Spaces in Weedon. This gave us a lot of room to work with, which was especially handy when we got the camera dolly out on day two. 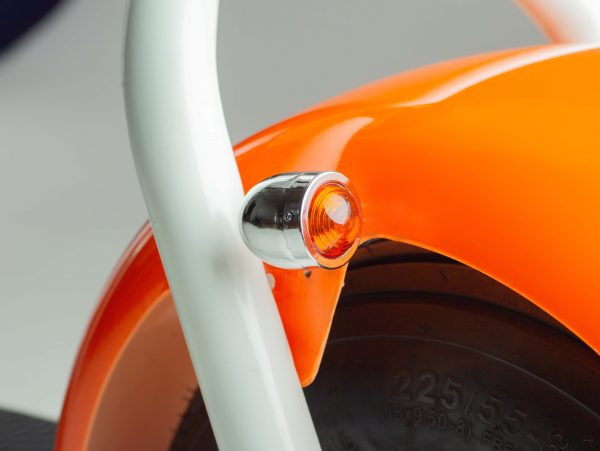 The first day of the shoot focused purely on product photography. Steve brought along two scooters, including one in a lovely orange colour that we were drawn to for some reason… Having two models was a huge advantage, as it meant we could prepare one scooter for photographing while the other was being shot.

Our Head of Creative, Chris Lowe, was photographer for the day, and made sure we captured every element of the product that Steve wanted captured. We shot on a Hasselblad H1, with a Phase 1 digital back. While initial plans are to use photos from this shoot on the web, using such a powerful camera means these same shots could be used for large-format advertising in future, saving Tubby Tyre from paying for a second shoot further down the line. 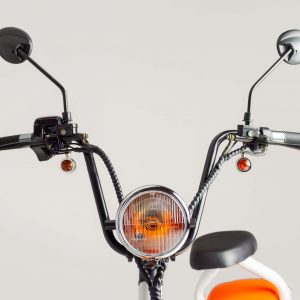 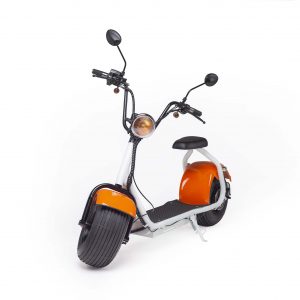 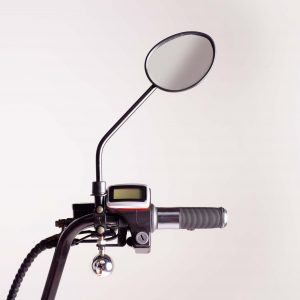 We wrapped on product photography mid-afternoon on day one, and immediately began getting ready for day two. With the help of our shoot assistants, we mocked up each scene for the creative shoot and practiced the movements required.

We began day two with a good grasp of what each scene would require from us. The studio floor had been repainted overnight (pesky tyre tracks), so the first job was setting up the lighting and camera dolly. Lighting can take a while to get right, but it’s worth the time investment as it has a huge impact on the quality of final footage. While you can tweak lighting in post-production, it’s infinitely more efficient to get it right in the studio. The closer studio lighting is to ideal, the less work has to be done afterwards. 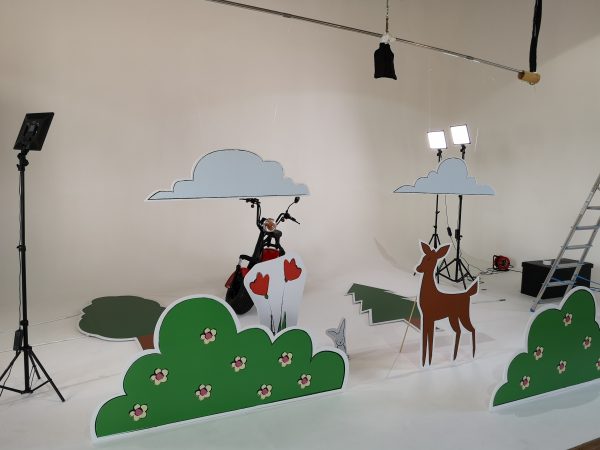 With the setup sorted, we moved on to shoot our first scene. The lightweight props were easy to move, but we still needed a way to move them. Larger props were easy – we could hide people behind them – but smaller props were trickier. Thankfully, we’d already planned for this, and brought long bamboo poles painted white. We attached these to the backs of the props and used them to move the scenery around. This is where the lightness and rigidity of the props became invaluable, because heavier, flimsier props might have fallen and broken. 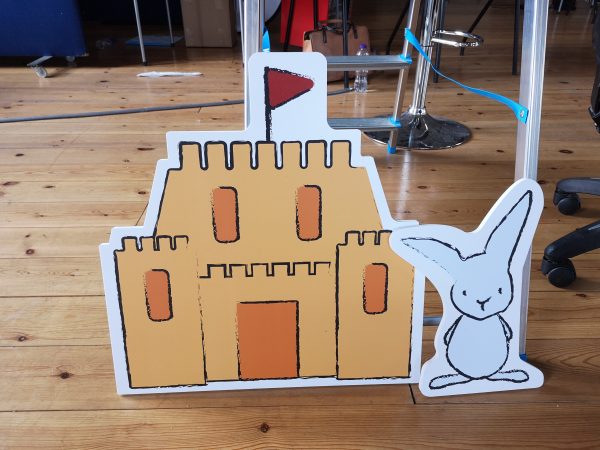 For each scene, we started with the scooter hidden behind props, then pulled scenery back to reveal the scooter as the camera moved forward on its dolly. We did this for all four scenes, shooting multiple takes to make sure we had a lot to work with in post-production.

The final scene was a little different, as instead of a multitude of props, we had just a single plug and socket, then used multiple levels of lighting to reveal the scooter. While most of our suspended props were on a winch, the plug had to be lowered into place on a boom… my arms still ache! 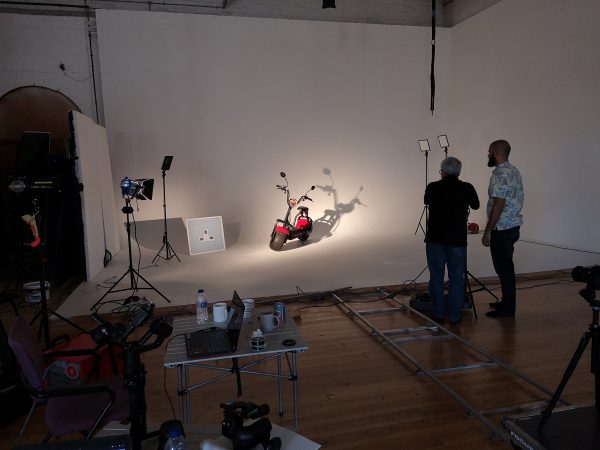 We wrapped on shooting at the end of a busy two days, but the fun didn’t stop there. Editing began the same week. The videos were tweaked to remove background blemishes and smooth prop movement. In addition, we also added extra elements that we couldn’t have achieved in the studio. The electricity USP is a prime example of this, where small lightning bolts appear as the plug is inserted. 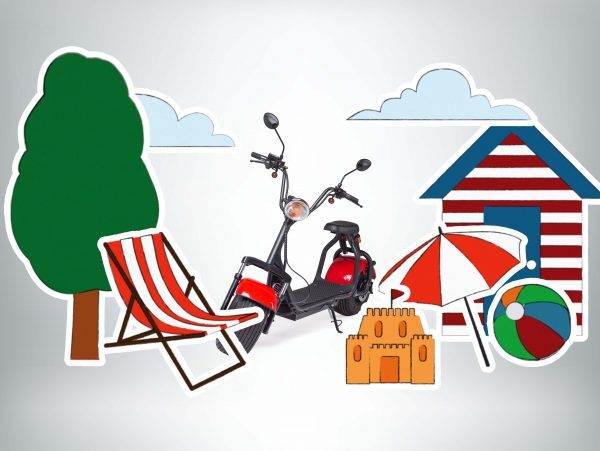 We added a motion graphics section after the reveal of each scooter, spelling out the USPs and providing a website address as the next step in a viewer’s customer journey. Finally, we added sound to each scene to help bring them to life.

The Tubby Tyre Scooter company has now officially launched its first product range! If you’re interested in find out more, head on over to the Tubby Tyre Scooter Company website. The scooters are oodles of fun, plus, Steve’s lovely, and does a dynamite Yoda impression.

If you want a bit of this marketing goodness for yourself, feel free to drop us a line. We’d love to help you reach your customers in the same way we’ve helped Steve reach his.