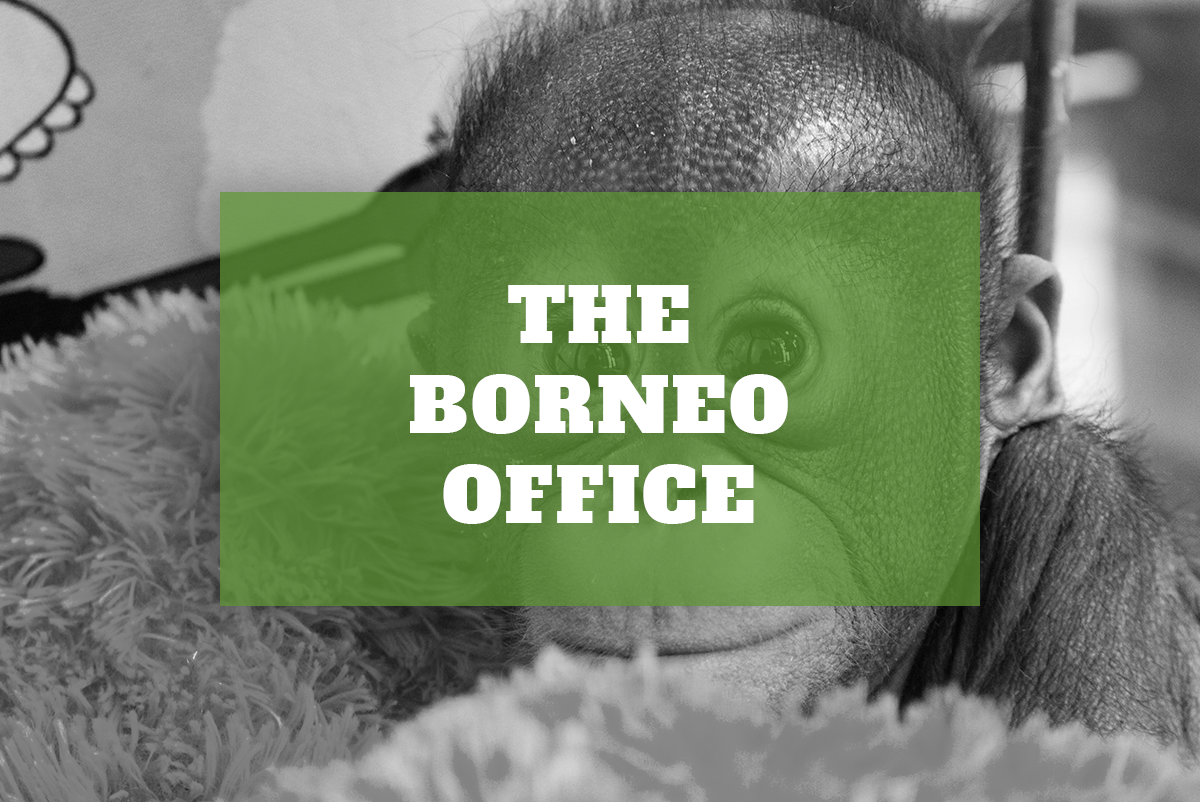 A few weeks ago, we announced the Your Planet, Your Choice campaign, in which we’re letting our clients decide how their work with us benefits the environment. One of the options available is for us to sponsor an orangutan on their behalf with International Animal Rescue.

In addition to having this as an option for every client project, we’re sponsoring an orangutan for every member of the Amplitude team with International Animal Rescue. We’re affectionately calling them the Borneo Office. Below is a little more about our Bornean counterparts. We’ve included links letting you find more information about them and even adopt them yourself.

When International Animal Rescue first found JoJo, his condition moved their team to tears. He was found chained up on a pallet, living over an open sewer choked with human waste. Fed on scraps by his owners, he was just skin and bone, his body bent and weak from a lifetime in captivity.

Gito – Adopted by Will

Gito was less than five months old when the International Animal Rescue team found him in 2015. He had been dumped in a filthy cardboard box and left to die. It took round the clock care and determination from IAR vets, but they never gave up and thankfully Gito survived.

Monti is one of the smartest orangutans at our International Animal Rescue’s orangutan centre. She is a confident and inquisitive, with excellent climbing, nest building and foraging skills. She is a great role model for the other orphans at the centre and is very good at sharing her abilities with the younger orangutans.

There you have it, the Borneo office. Keep your eyes tuned to the blog for more information about our beloved orangutans in the coming year. In the meantime, if you fancy making your content creation supply chain a little more green, please get in touch.

Environmental, Your Planet Your Choice