New Donation Records – Your Planet Your Choice 2020 Wrap Up 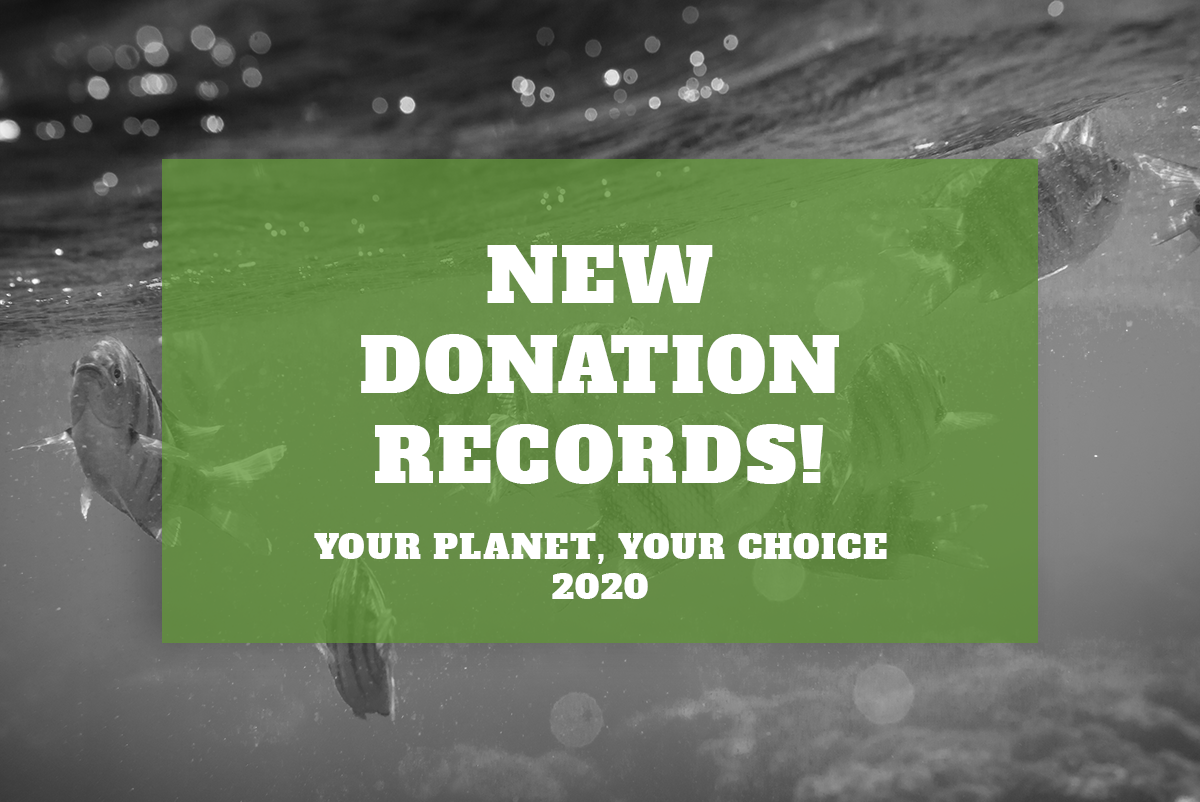 In 2019, we ran the 2000 Trees Initiative, planting a total 2,280 trees. We vowed to improve on that for 2020, with our Your Planet Your Choice initiative. Well, we’ve tallied the results and crunched the numbers, and can now reveal that 2020 was our most successful year for environmental support ever!

We’re absolutely thrilled with this, and want to say a hearty THANK YOU to our clients, without whom this wouldn’t have been possible. Every project they’ve worked on with us has helped feed this initiative, and it’s been up to them which of the three charities their projects have helped support.

2021 and the Your Planet Your Choice Initiative

We’re so pleased with Your Planet Your Choice that we’re going to be extending it throughout 2021, hoping to beat 2020’s totals. We’re also going to be tweaking the initiative slightly to help raise awareness of the issues we’re trying to combat.

As well as giving our clients the choice of which charity to help, we’ll be giving them information on how their donations are being used, and updates from the charities about what they’ve been up to.

We’ll also be spreading the word around social media a lot more, letting everyone know what mischief our beloved orang’s have been causing, and how each charity’s work is developing.

2021 is sure to be a strange year for all of us, but we’re treating breaking our 2020 records as something to aim for and something to look forward to.

Your Planet Your Choice Charities

One Tree Planted began their worthy operation back in 2014. They plant trees all over the planet, from Europe to Asia, America to Africa. The number they plant has more than doubled year on year, with four million trees planted in 2019, and an estimated 15 million in 2020. We’re sure their 2021 total will be higher still, but why trees?

Well, trees are pretty damn important. Woodlands and rainforests are habitats for millions of species across the world. They also soak up carbon dioxide from the atmosphere, and provide livelihoods for local communities. Yet, despite all the benefits they provide, we’re (humans, not Amplitude) cutting them down at an alarming rate.

It’s estimated that humans cut down between 3.5 and 7 billion trees every year. Up to one per person on the planet! We’re dedicated to at least slowing the decline in numbers of trees, and we’re thrilled so many of our clients are interested in helping.

The Ocean Cleanup creates and deploys technology to help clear the oceans of plastic. It’s their aim to clean up 90% of the stuff! They’re focused not only on removing what’s already out there, but also on working within rivers to reduce the amount of plastic that’s dumped year on year.

They’re particularly focused on cleaning up The Great Pacific Garbage Patch. And here, we’re using ‘great’ in the sense of BIG, not GOOD, obviously. They collected their first wadge (technical term) of plastic from the GPGP back in 2019, and have recycled some of that plastic into products you can buy to help fuel their efforts.

We’re proud to have some of our donations each year going towards cleaning up the oceans. Like rainforests, oceans are home to a multitude of animal species. Oceans also provide livelihoods the world ‘round, and soak up and store carbon dioxide.

International Animal Rescue’s mission statement is to save animals from suffering all around the world. They do this for bears, howler monkeys, macaques, cats, birds, and, of course, orangutans.

We chose orangutans because over the last twenty years, they’ve lost more than 80% of their natural habitat. At the current rate of loss, it’s predicted they could even become extinct in the next fifty years.

IAR adopt orangutans and that have been poached or illegally traded, and those found stranded due to deforestation. Their primary aim is to rehabilitate and release them into safe, natural environments. Occasionally, orangutans can’t be released, and in these instances IAR gives them a permanent home in their Borneo sanctuary.

If you’d like to find out more about our Your Planet Your Choice initiative, please get in touch. We’d love to hear from you. Likewise, if you’ve got any tips for working in more eco-friendly ways, drop us a line.